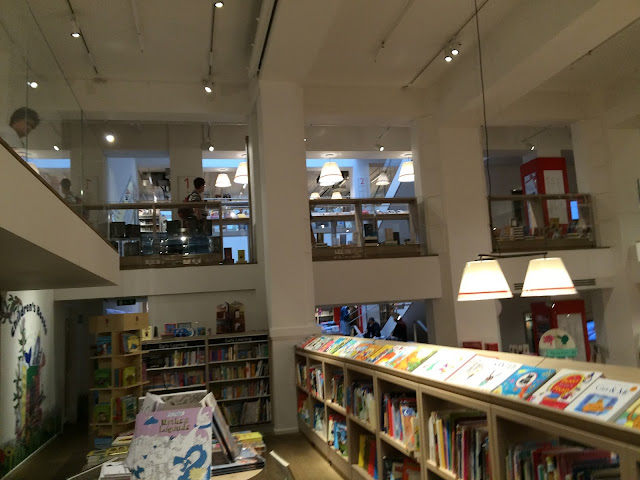 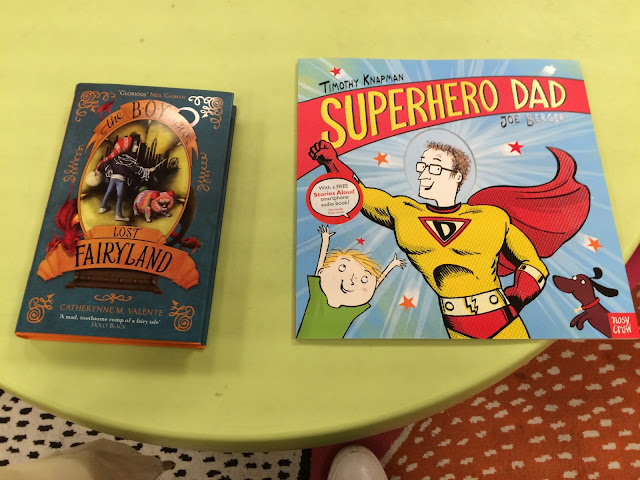 Our book purchases. I finally got the fourth Fairyland book! I convinced Kori to read El Deafo on the plane (she only brought ONE book. Silly goose. After she finished it, she didn't have much choice.) This is the first comic I've ever successfully gotten her to read! And then, much to my surprise (but not without a little prompting) she decides to actually BUY a comic! For herself! I was so proud. 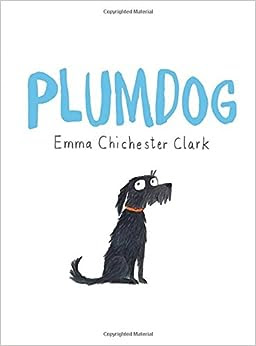 Now, I think The Marvelous Adventures of Gwendolyn Gray would look splendid right... here. In the W's. 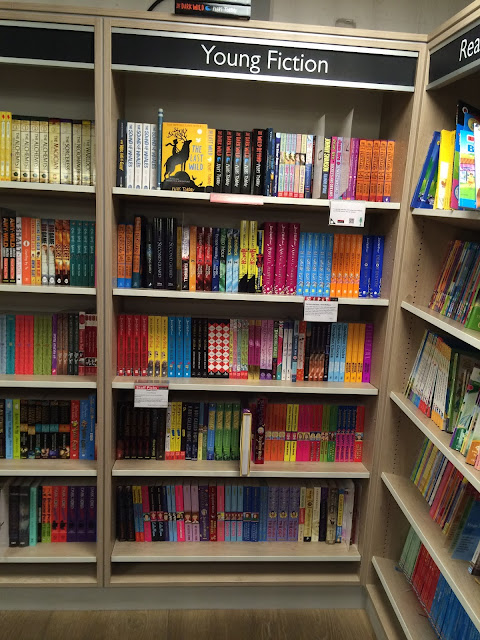 So we leave Foyles and venture off through the rainy streets to find the Great Ormand Street Hospital. This is a children's hospital that J.M.Barrie was particularly attached to, so much so that when he died, he left them the U.K. copyright to Peter Pan. The copyright has a special exemption from Parliament so that it won't expire. 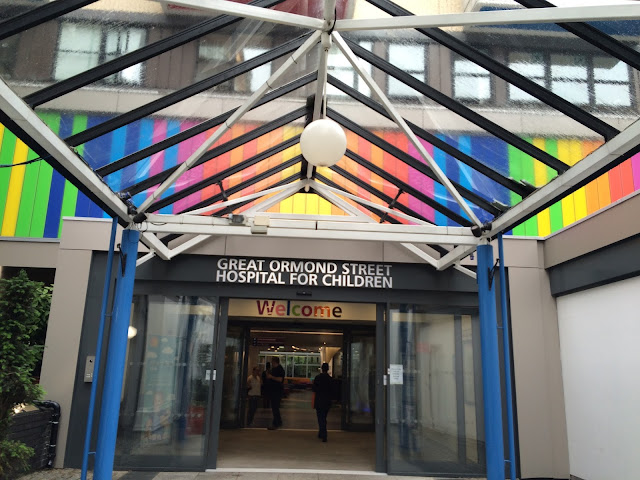 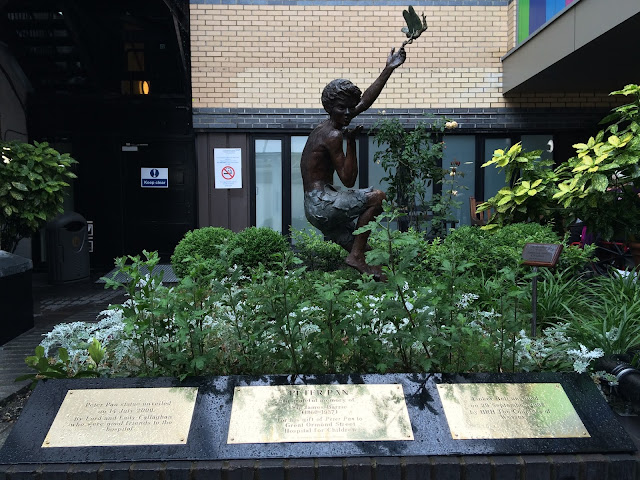 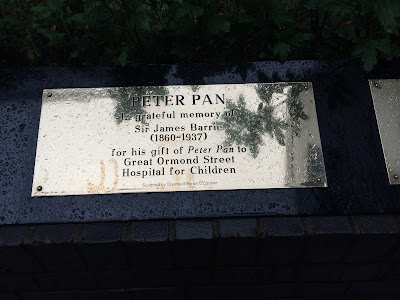 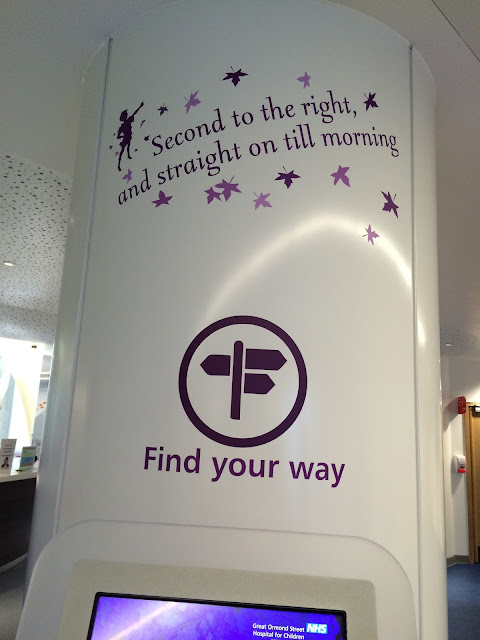 Not a ton to see here, since it is a working hospital, but they had a really cool Disney inspired (and probably Disney funded) play area. 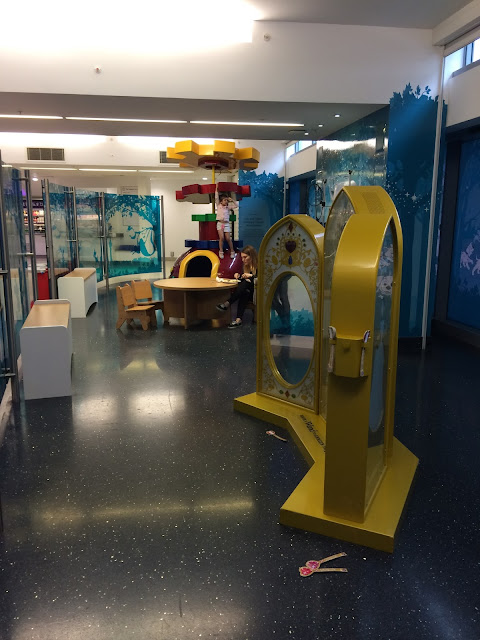 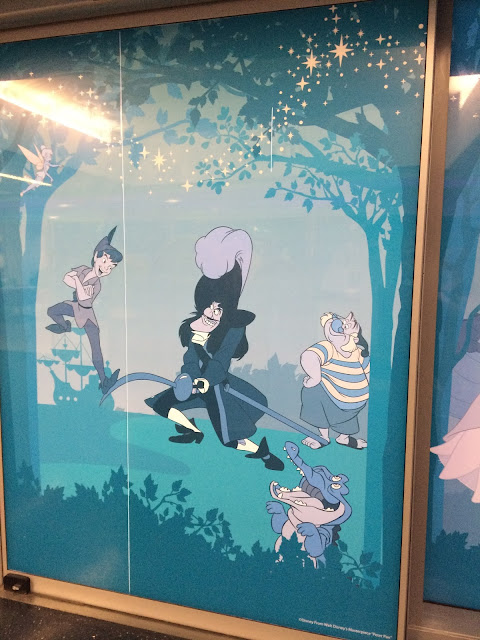 Time for the Big One: The British Library. More books! 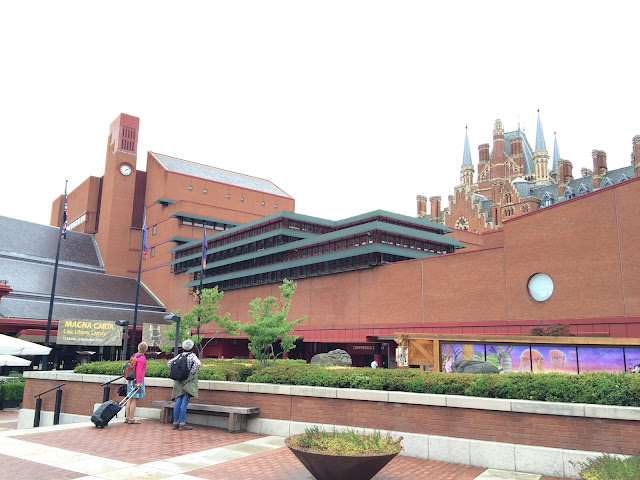 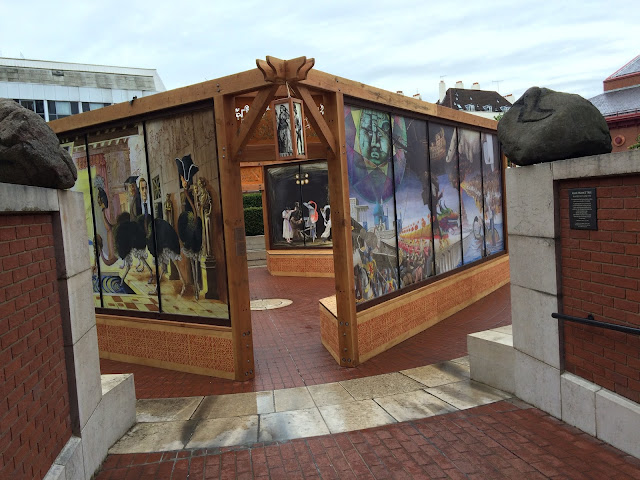 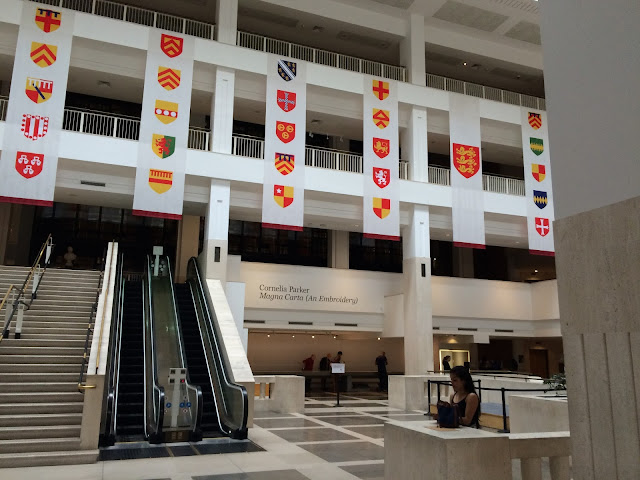 So the big thing we came to see here was the Magna Carta exhibit celebrating its 800th birthday. (signed in 1215, natch.) OUTSIDE the exhibit was something really cool: 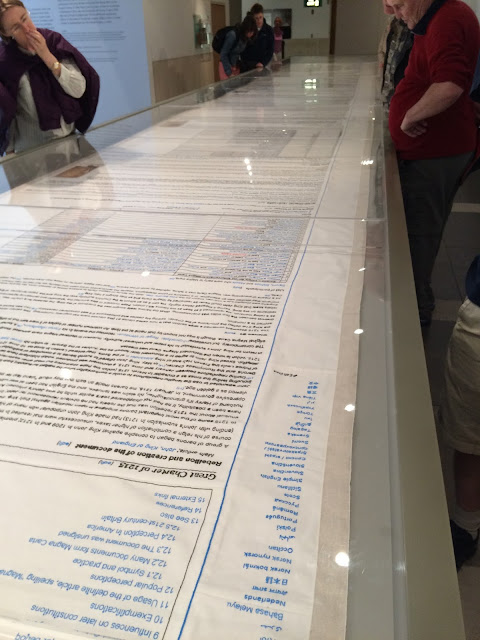 This is a 30-foot EMBROIDERY that exactly replicates the Magna Carta wikipedia page, as it looked exactly one year ago. 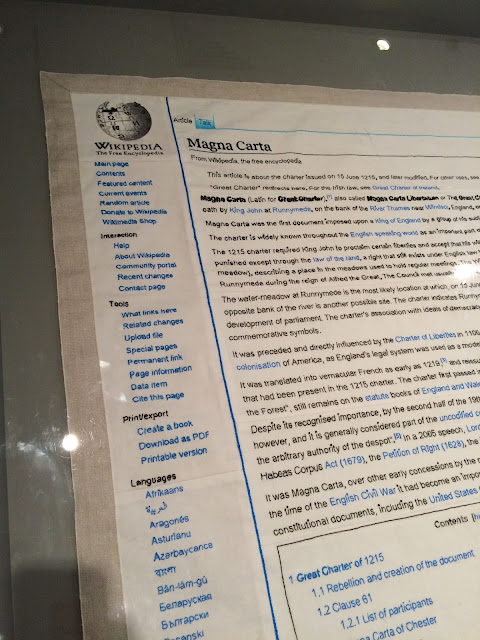 It was a joint project, with lots of different people contributing. The bulk of the work was done by convicts in a program designed to give them trade skills to use when their sentence is over. Other pieces were done by judges, barristers, lords, barons, politicians. In the end, it formed a beautiful tapestry that truly represents the rights of everyone, from lowly prisoners to landed gentry. Edward Snowden stitched the word "Freedom." 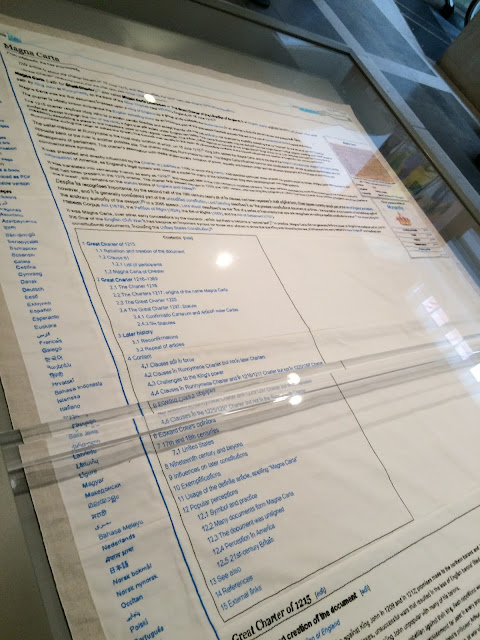 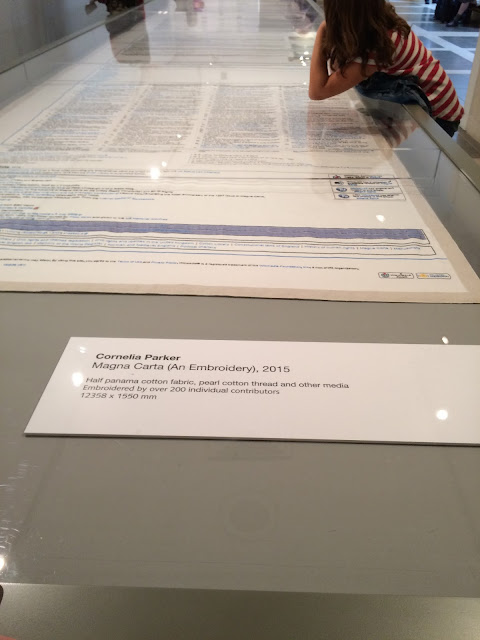 Then we got to go in the exhibit. No photos allowed. But inside, we got to see the oldest and b est surviving copy of the Magna Carta, from 1215, with the King's seal still attached (equivalent to his signature.) 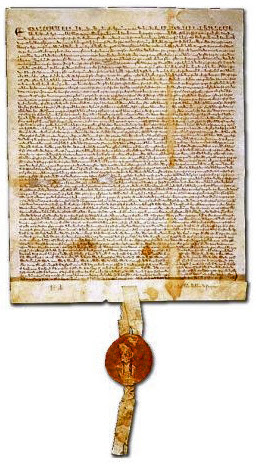 It's a one page document, most of the text isn't even legible, and the seal is a shapeless ball of wax. Next to it were an original Bill of Rights, the copy sent to Delaware for ratification; And Thomas Jefferson's hand-written copy of the Declaration of Independence. By this point, our heads were well and truly spinning with the weight of history. We breezed through the rest of the rare books in the library without much thought, though they did have some original Beatles lyrics scribbled on napkins and birthday cards. That was cool.

Just a short hop next door to King's Cross Station!

And in King's Cross is the infamous Platform 9 and 3/4! As well as the Harry Potter shop. 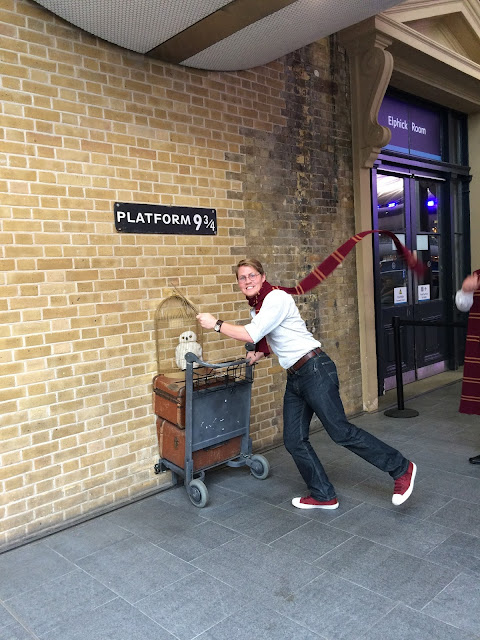 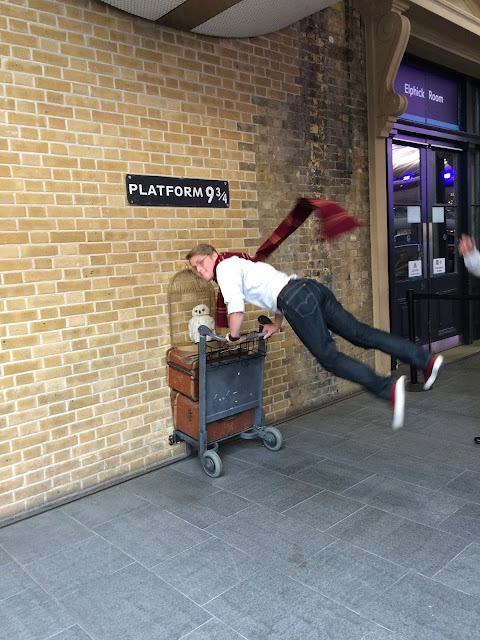 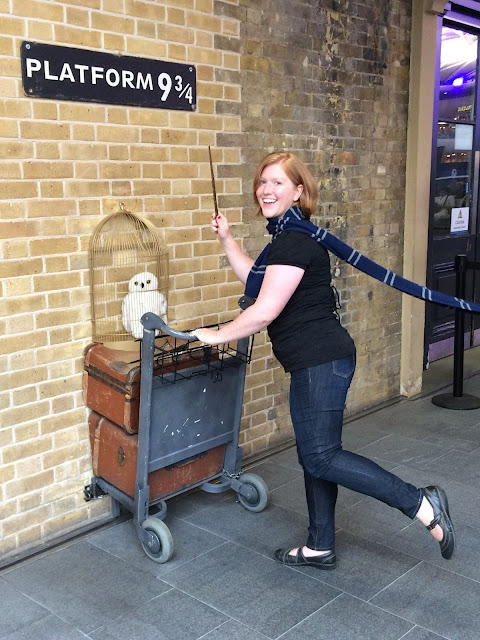 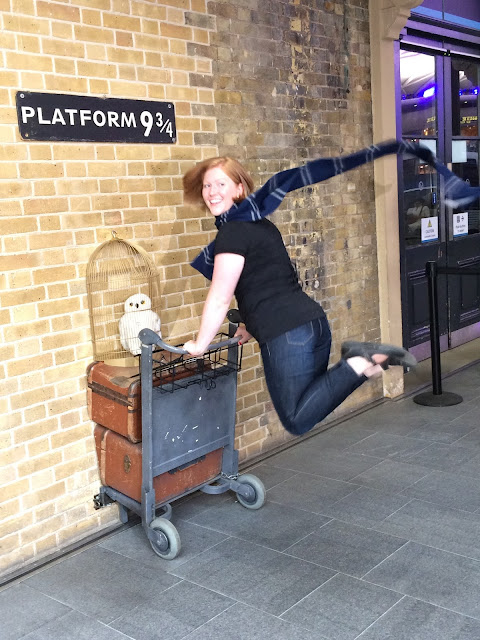 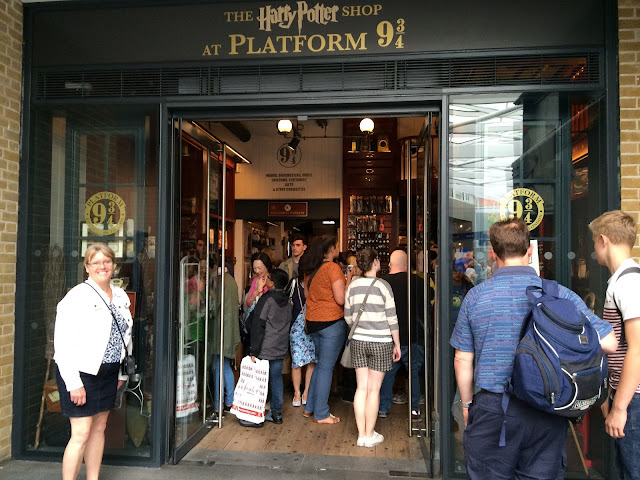 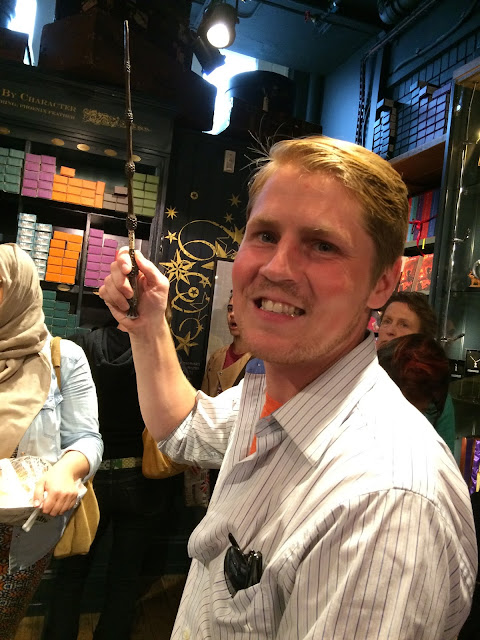 Then a lovely surf'n'turf dinner in Kensington, and an early bedtime. We were pretty well exhausted by this point. 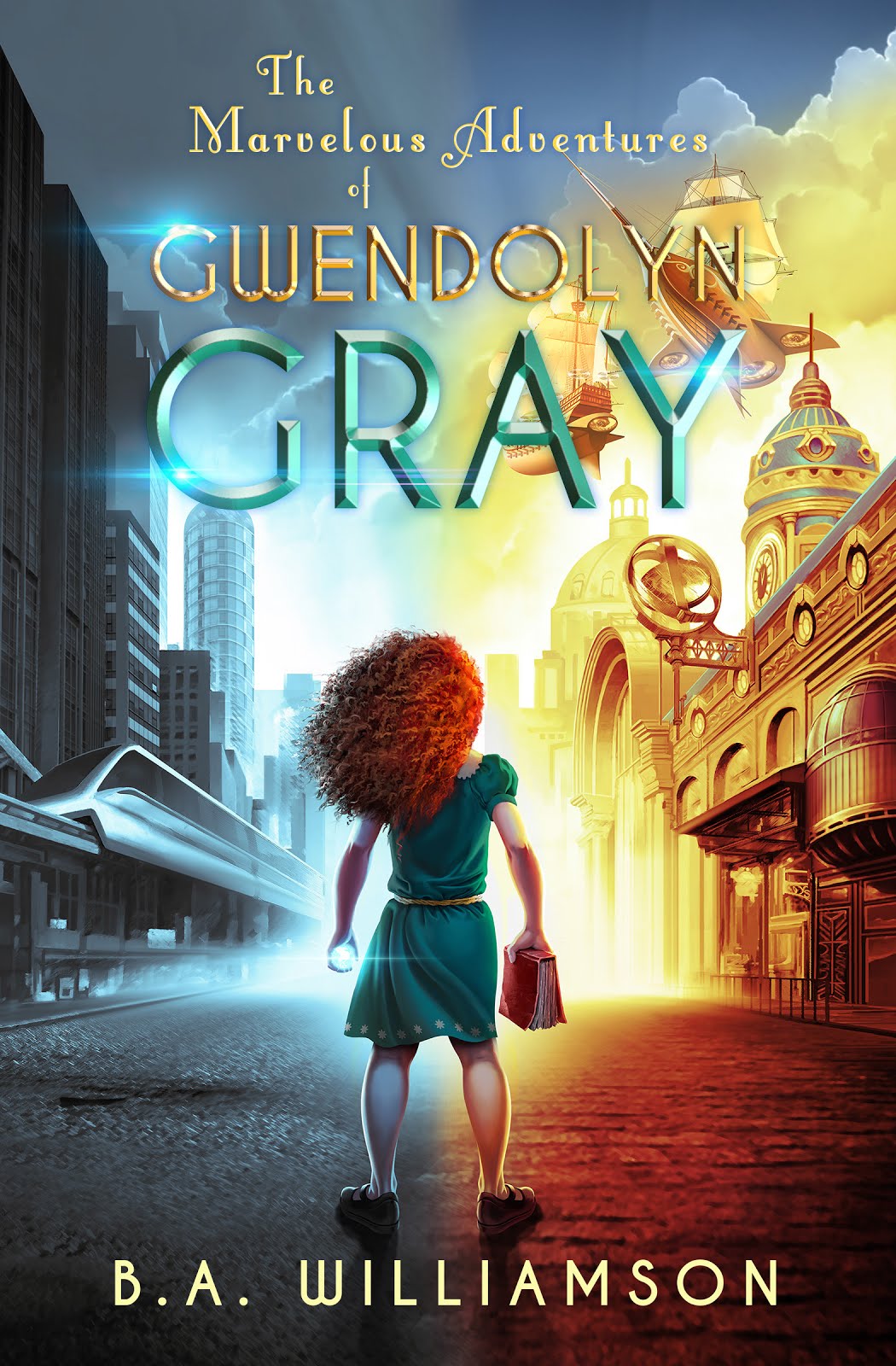 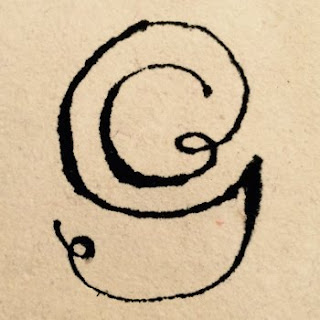